To start, this essay is not a rant, nor a tirade on the lack of punctuality broadly in professional environments across America.  In fact, inspired by a coffee "meeting" this morning, it is a reminder of the power and impact of timliness and punctuality in our everyday personal and professional lives.

Earlier today, I had scheduled to meet a friend of my son Bryson's ( a fellow Bruin and Ultimate player, Michale P.) at a great coffee place in Westwood near the UCLA campus.  While originally the plan was to meet at 7:30am, I needed to move it back to 8 am due to some early conference calls on my end and Michael was super flexible to make the change.  Having "advanced my position," ( see     https://fylegacy.blogspot.com/2013/03/advance-your-position.html   for more on that topic)  I actually did the calls from outside the coffee shop and was finished with twenty minutes to spare and who walks up to say good morning twenty minutes early but Michael !  With no reference or context I blurted out a phrase that my family and most everyone who has ever worked with/for me have heard me say hundreds of times that "its really hard to be late when you are 8 minutes early!"  While it sounds a bit wacky, I deeply believe that being on-time is MOST of the time a choice, an outgrowth of our choices, and MOST of the time deeply in our control.


This approach work on being a bit early to things stems form my early childhood.  My dad was a Navy veteran and the ships he served on worked on a timetable and a set of "watches" that were rigorously upheld with little variance.  As kids the idea that we might be late for Church, or god forbid a flight, was beyond comprehension!  When I was 10 or 11 I took over my brothers paper route  (The Pittsburgh Press, evenings through the week and Sunday mornings) and if those papers weren't delivered by 5 pm Mon-Sat and by 8 am on Sundays, there was hell to pay from my paper route customers!  Later in high school I worked in a 24 hr. diner  in my hometown and while it never closed ( in those days it only closed on Christmas day), every shift had its duties and after school each day I needed to bring up ( from the store rooms in the basement) the flour , sugar, yeast, pie fillings, etc. every day so the night bakers could bake the pies and rolls EVERY night.... always like clockwork!

This deeply ingrained approach was really put to the test in college when I was getting set to take the GMAT's ( the entrance exam for MBA programs) and needed to drive over to a university that was fielding the exam close by to my undergraduate college ( Kent State University was 47 miles from The College of Wooster where I earned my BA.)  Now this was back in 1982, well before any google maps/ I-Phones/Internet/etc. and while I knew how to get to Kent State University ( where I saw the Clash during their "London Calling tour", maybe more on that in an upcoming essay,) I had no idea how to find the building where the GMAT was being given..... long story short, I was on campus in plenty of time but ultimately 25 minutes late to the actual exam room and ultimately bombed the exam!  The good news is that I had time to take it again that winter, and did a lot better the second time around ( arriving 30 min early!!) and ultimately was accepted into Vanderbilt's MBA program and the rest is history, but at that moment the consequences of not being "8 minutes early" seems immense and life changing!

I share all of this background as a reminder that I learned early in my life that being on time ( or maybe even a few minutes early) really matters and that the consequences of being late can be dramatic.  Triggered by Michael's early arrival today, I was reminded on how taking action to arrive early all the time, whether for an early morning coffee or to a major presentation is always a good idea!  It is our choices and actions that will guide whether we are "25 minutes late" to a key event that lies ahead or if we can count on being "8 minutes early" to insure that we are there with plenty of time to make the impact that we desire and intend!
Posted by Bill Levisay at 9:35 PM No comments:

The "Silver Arrow" dynamic in planning


It may seem an odd place to start, but this essay comes from an experience I had at a boy scout camp in Western Pennsylvania as a kid.  The setting is the early 70's, I was a young scout and my brother was five years older than me and an emerging Eagle Scout ( who also earned the "Order of the Arrow" which is quite a distinction) and my dad was the Scoutmaster of our troop in Murrysville Pennsylvania, my home town.  Every summer the scouting calendar was very active with hikes, campouts, etc. but  every year we went as a troop to a local boy scout camp,  Camp Conestoga in Somerset County.  This lesson on planning comes from an experience I had there on the archery range more than forty years ago!! 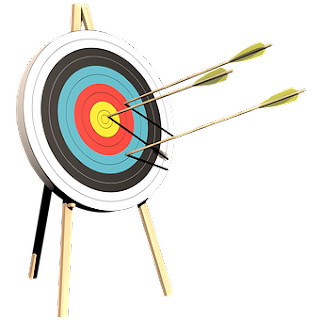 Unlike my older brother who excelled in scouting, I was always a bit more of a plodder.  While I worked on my merit badges, outdoor skills and the required knot tying and first aid activities, I was a more "middle of the pack" scout.  One area where I did have some unique proficiency was on the archery range, which stemmed from my dad owning archery equipment and us all learning how to shoot as young kids.  When I got to Camp Conestoga that summer and realized they had a serious archery range and a "end of camp"  competition, I was all set!  Early in the week I signed up for the camp wide archery competition and was excited for the event to start at the end of our time at the camp.  While not a widely attended event, I was excited to see a good number of other scouts coming out to shoot and to watch the event and was exhilarated to learn that the winner of the event would win "The Camp Conestoga Golden Arrow Award"( note gold not silver) and the winner and his troop would be announced at the end of week all scout campfire!!  Now that was big-time!!!

The event was set for each shooter to have three arrows to shoot, and to shoot those arrows from three different distances, with the low scoring scouts dropping off as the distances increased.  The first set-up was very easy, maybe 10 yards, and I had three great shots and advanced easily to the next distance.  The second position was from 25 yards out and while harder, I knew that distance, adjusted my trajectory and made three good shots and made it to the final round.... the long distance shot!  Now I would love to say that the third position was 100 yards or more and while it felt like a mile, it was probably in the 50-75 yard range.

My first arrow flew and dug into the ground well short of the target, a total miss!  My second shot hit the edge if the target, but just barely, and glanced off .... zero for two!  My third shot actually hit the target but was in an outer ring, nowhere close to the bulls-eye!  The two or three other scouts who made it to the third distance were also challenged, but one fellow got two of his three arrows to hit the target, and one stuck pretty close to the center.... I had come in second and was to receive the "silver arrow" (no plaque and no camp wide announcement) which was a pretty generic aluminum shafted arrow....pretty disappointing after all of my buildup!!

I am in the middle of a project currently where we are focused on hitting key five-year metrics, and instead on being myopic on those specific out-year results, I keep reminding myself to focus on the annual and quarterly metrics in years 1-3 (the hoops in the sky) knowing that the only way we can achieve those results in five years is to meet and exceed the closer-in targets/"hoops."  It may seem overly simple, but across my career I have been part of or consulted with too many groups that get inspired by but at times consumed in "destination planning", myopic on the end results completely forgetting the "required flight" of the business required to accomplish that destination.

My advice today is to stay focused on and active in the discipline and work of planning in your business. Take the time to look out to the horizon and imagine/dream about where you are trying to take the business/department/team that you are responsible for but always remember the "silver arrow."  Before you start shooting your "professional arrows," refocus/re-aim on the "hoops in the sky" and insure your close-in action plans will guide your arrow to the farthest target!

Posted by Bill Levisay at 11:47 AM No comments: 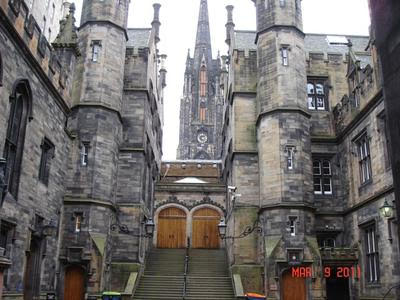 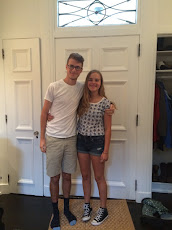 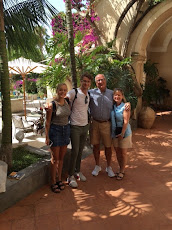 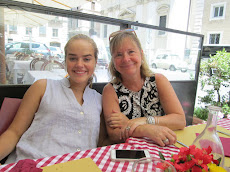 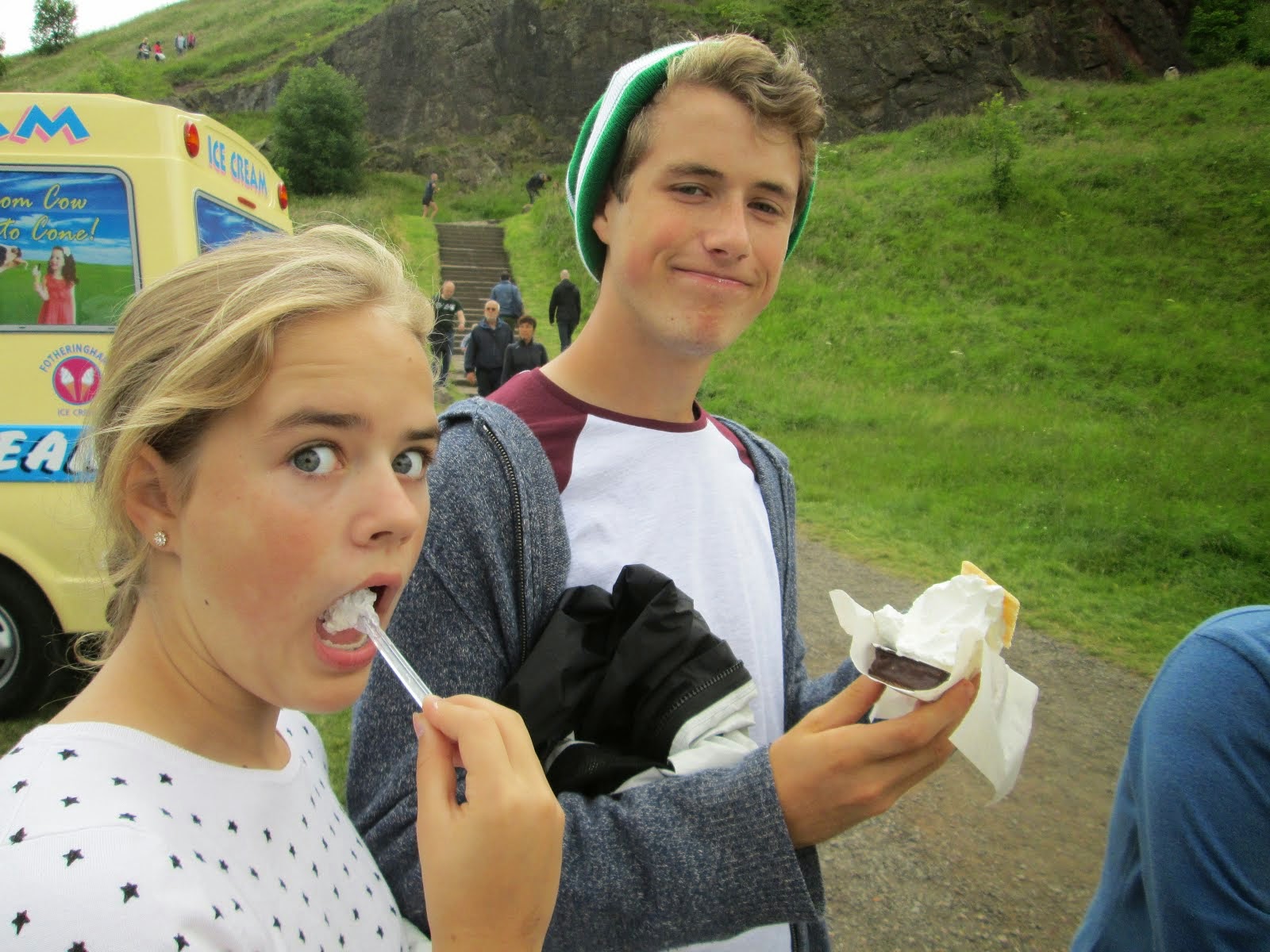 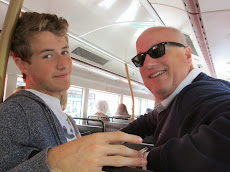